I HOPE you got to see at least the partial eclipse this weekend – cloud cover over the east coast hampered most everything for me, but I did get to see the eclipse through thin clouds.

So this week, let’s start with Comet 45P/H-M-P.  Back on Friday, every newspaper started talking about it, and advertising it as something it was not likely to be.  As far as comets go, this one is not spectacular, not very typically comet-like – i.e. no tail (the green color is pretty neat though), and seeing it is made even more difficult by a bright moon that tends to wash out dim, fuzzy objects – but given I talked about staring at a nothing on faith that the asteroid Vesta was there some weeks ago, I do offer a concession which will hopefully yield decent views with less effort than the Sat 3am closest approach.  We can just hope the weather will cooperate.

This comet is moving fast, so fast that by Tuesday, it will actually be rising in the east long before midnight (about 10pm), and before the moon rises.  Look in the middle of Bootes, the Herdsman – this is a constellation containing the bright star Arcturus, and using the old mnemonic “Arc to Arcturus”, it’s easy to spot.  Follow the arc made by the handle of the big dipper, and continue that curve, and you’ll run into Arcturus.  Bootes is a kite-shaped, large diamond that as it rises is laying on its side, pointing generally along the horizon back toward the north.  Comet 45P/H-M-P should be in the middle of that diamond.  Scan with binoculars for a greenish fuzzy blob.  After Tuesday, the comet will be rising earlier and earlier, but it’s also getting dimmer as it scoots away from the Sun, and Earth.  If you miss this one, there are better (hopefully) to come in the next few months. 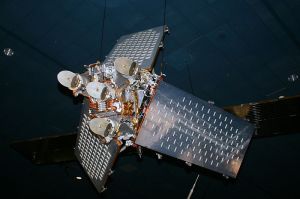 The other item I wanted to talk about this week is another thing the space-news sites are starting to circulate, and that is the Iridium Flare phenomenon.  Iridium is a constellation of 66 (plus some spares) communications satellites launched back in the late 90s.  Though not unique to Iridium, these satellites have a neat trick of reflecting very brightly back at Earth, as if with a signal mirror.  These satellites are not inherently bright objects like the space station.  Instead their solar panels reflect the sun back to earth in very distinct, narrow beams that cause a sort of flash to ground-based observers, but only if you’re in the right spot.  At flare center, they are hundreds of times brighter than Venus – bright enough to cast shadows!

Because they’re very location-sensitive, you’ll have to use a dedicated site to find exactly when and where you might see one (I recommend http://www.heavens-above.com, enter your location and click on Iridium Flares).  If you happen to be in the central Chesapeake area, you stand a good chance of seeing them:

The flares on Sunday and Wednesday appear to be particularly good, with magnitudes brighter than -5.  Note, there are morning flares too, but given most people’s daily schedules theses should be easier to catch.

The reason they’re being mentioned in the news lately?  They might soon be a thing of the past – the new Iridium satellites being launched on the Falcon 9 Rockets by SpaceX lately are intended to replace the old constellation, and the new ones aren’t nearly as reflective.  These old signal-mirror-satellites will be allowed to deorbit, and Iridium Flares will be no more.

So get out there and catch them while you can!