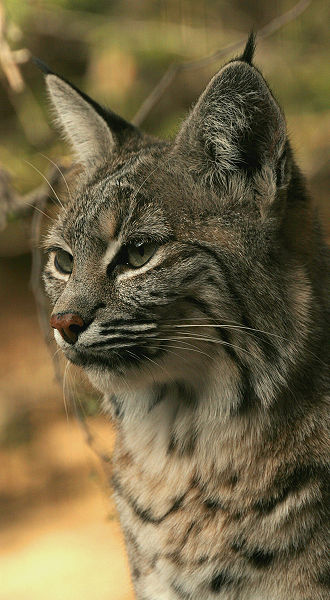 I know I’m liable to get some disagreement on this, but here goes. 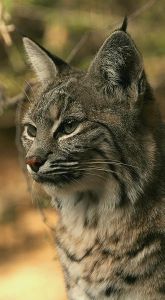 I just found out about this story today, so am behind the times… On Monday, January 30, a 7-year-old female bobcat (lynx rufus) named “Ollie” escaped from the National Zoo in Washington, DC, into (likely) the woods around Rock Creek Park and the Woodley Park neighborhoods.  (Story is everywhere – rather than provide a specific link that might be interpreted as biased, I invite you to search on “Ollie, bobcat” and see what comes up).

This, in and of itself, isn’t a huge deal – embarrassing as it may be for the Zoo, escapes do happen.

What got my attention was this: 13 DC schools have gone on Alert status and suspended all outdoor recess in “an abundance of caution”, even though zoo officials say the cat poses no threat to humans.  We are literally hiding the children, because a 25-pound bobcat is in the woods… Not only that, but sound bytes on the radio this morning indicated parents were quickly shuffling their kids straight from the bus to the house, I guess because Ollie might pounce.

Let’s dissect this a moment – First of all, bobcats are very common.  Granted, around DC they’re more likely to be out towards the Blue Ridge than in downtown, but it’s really hard to tell, because bobcats are also very elusive.  Anybody who’s spent any time outdoors has probably been spotted by a bobcat – but likely not the other way around.  They avoid humans, to the degree that people may live a lifetime outdoors and never see one.  (Hearing one is a different story!)  Suffice to say, there are schools, and outdoor recess facilities, in the vicinity of bobcats, EVERYWHERE.  It is quite possible that there is at least one other bobcat already in Rock Creek Park, and Ollie just added to that number.

Now, Ollie is accustomed to humans – the biggest danger she might pose is maybe NOT running away if she sees people, at least not immediately.  Though even in this case, zoo officials say she’s still stereotypically a bobcat, and doesn’t really like being near people. And no, bobcats do not predate on humans – not even tiny noisy humans at recess.

An escaped bobcat IS news! I feel sorry for the folks at the Zoo! And the fact Ollie is getting headlines is a perfect opportunity to educate about bobcats, and maybe other critters that live in Rock Creek Park. Instead, we are keeping perhaps 3500 children indoors (my guesstimate only, 13 schools at maybe 250-300 students a piece, I don’t know a precise number), because there’s a KNOWN bobcat out there.  That’s the only real change here – we KNOW it’s there.  That’s in contrast to the unknown bobcat population 3 days ago.

So what are we telling these kids, and their parents?  How are we messaging the “danger” here?  Is it possible we may not just be over-reacting, but doing real damage in telling a bunch of school children that one of the most common wild cats in the country is something to be deathly afraid of – and then, perhaps, the shocker that bobcats have been living nearby all along?  Are we starting nightmares here, and demonizing the wildlife for no good reason? How long will people have to be fearful of the woods because of the looming bobcat menace?

THIS is why we all need to “Get Out There” just a little more.  Our irrational fears are not only paralyzing us, they’re poisoning the well with our children.

As I was writing this and going back to check a reference, the story has changed.  The National Zoo has called off the search, saying “we have to be realistic”.  The statement effectively says:

The school response?  (Taken from WTOP.com) —

School system spokeswoman Michelle Lerner said Wednesday that “we are no longer in imminent danger so we have lifted the alert status at our schools.”

Please Get Out There.  And take your kids too…

One thought on “Bobcat Terror in DC!”