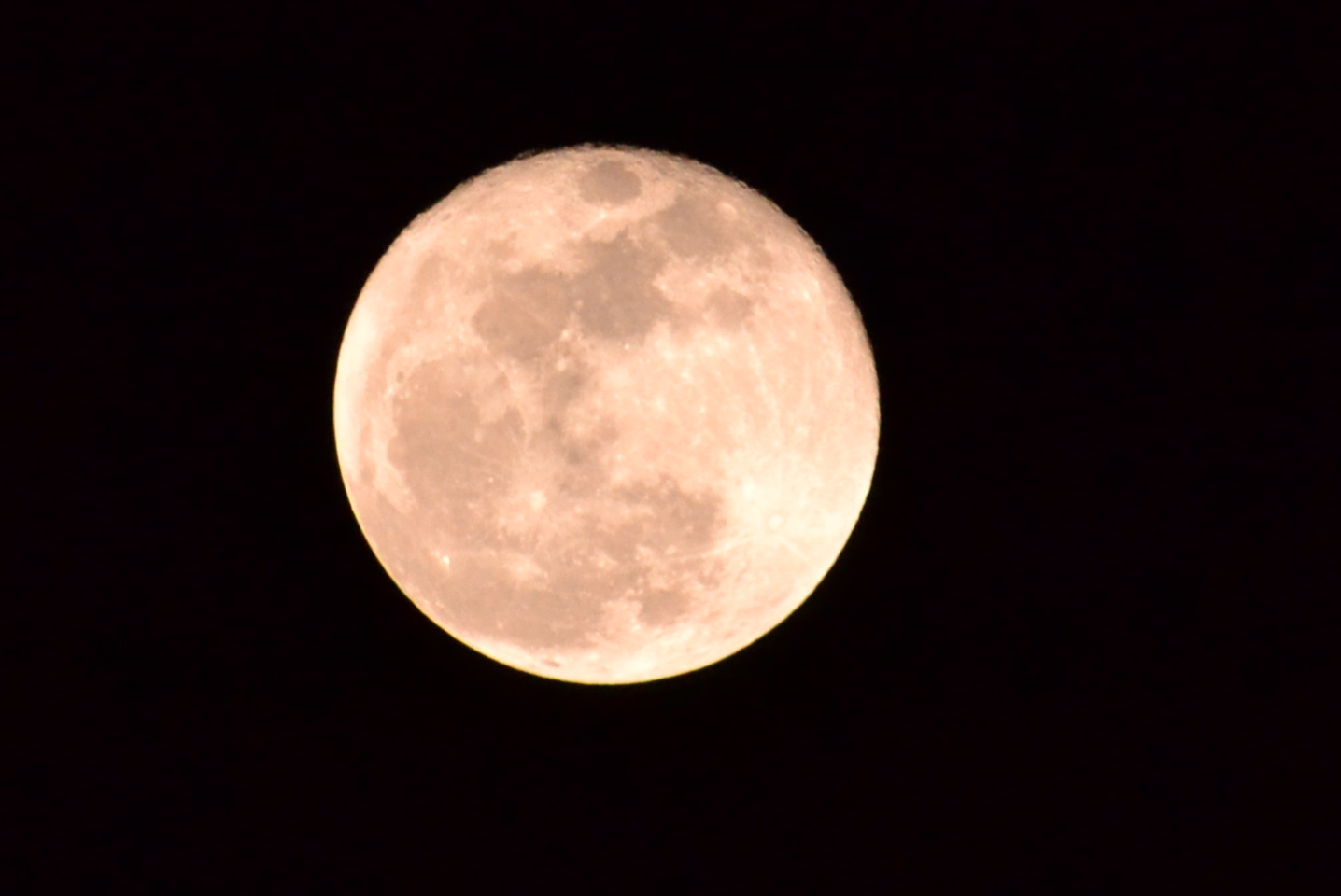 Paddling Under A Full Moon

It was July 4th, but I still didn’t expect so many explosions.

Due to crowd restrictions, all the public fireworks displays in our area were canceled, and most of them have been rescheduled for Labor Day. With no plans for the evening, we decided to take advantage of a clear, warm summer night and go paddle calm waters under a full moon. Most of our go-to put-ins in the area are for daytime use only, so the nearest waterfront park would have to do. We arrived right at sunset, and much to our surprise, there were probably between 50 and 100 people there, milling around, sitting, talking. Teens hanging out on and around cars. A few masks around, but mostly people were sticking to (presumably) their own small family groups and just keeping their distance from each other.

On on the bay, the normally empty waters were dotted with small motor boats, including one flotilla of about 6 boats rafted up in a row. We just happened to see friends sitting by the water, and they confirmed our suspicions that apparently, a private but legit and licensed fireworks display was set to happen somewhere along the shoreline, off a dock somewhere. Having never been at this particular spot for the 4th, we felt like we’d stumbled into a secret known only by the locals.

Undeterred, we got our kayaks off the car, put them in at the gravel ramp that enabled emergency response teams to get boats on the water, and set out under a sunset-orange sky with a blood red Moon rising above the trees straight ahead in the east.

The water was like glass, disturbed only by the occasional sea nettle jellyfish that are so common in Chesapeake tributaries through the summer. From the beach about three-quarters of a mile away, glowing hot-air balloon lanterns began to ascend into the sky and drift slowly toward us in the growing darkness. For a bit, we appeared to be in the drop zone. One of the balloons, its flame extinguished, landed on a mud shoal exposed by the low tide nearby. We regretted that we couldn’t retrieve it, and regretted even more that, though pretty, these airborne garbage bags were falling all over the area. The one we saw appeared to be one of the weaker ones, as we saw a group of five going farther, dropping into town above the wharf. In the diminishing light, that’s all we could see.

As the Moon rose, turning from red to white in the darkening sky, the fireworks began. For about forty minutes, an impressive set of fireworks rivaling any municipal display I’ve seen in quite a while came off the docks ahead. They went up in rapid-fire clusters with a few seconds in between each group, the explosions carrying across the water and echoing off the treeline behind us. In the distance, at least four other sets of fireworks were going up, some mostly heard and only occasionally seen above the trees. Each cluster was greeted by cheers from all the boats nearby (we were hanging relatively close to one shore, lest one of these boats fire up and take off before they could see us). In the few moments of silence, we could hear conversation, and someone playing Lee Greenwood from the water.

This was NOT the experience I had in mind, but it was still a celebration, and a unique way to enjoy the party. We held on to each other’s kayaks and drifted in the rising tide, watching fireworks, and occasionally repositioning to maintain our distance from anchored boats. The fireworks, as I say, were IMPRESSIVE for a private party. As the show finally ended, boat horns and cheers filled the bay, and a large fire (hopefully intentional, certainly not unanticipated) rose up from where the mortars had all been firing.

Under the growing rumble of marine engines, we settled into a quieter phase two of our journey, turning into a familiar tidal creek while the fleet dispersed back to various marinas and homes.

Up in the marsh grass, we sat and listened. Big fish were jumping frequently. Sounds of paddling and other small splashes surrounded us as we sat bathed in moonlight. Looking toward the Moon, shadows of the tall phragmites reeds made it hard to detect the surface, or where the shore began. Away from the Moon, color and detail was certainly less than in daylight, but we could see clearly. We didn’t use our headlamps much, but occasionally our curiosity was too hard to ignore, and we’d peer into the reeds. Wherever light hit the water, schools of minnows would jump in a frenzy.

By now, it was getting close to 11pm, and we were miles from our home port, and besides, the mosquitoes seemed to have found us. We paddled back out of the creek into the open water, and saw that the rafting party of boats was still in place, still enjoying the evening. Keeping between them and the shore, we paddled back towards the park where we’d put in, and wouldn’t you know it – as soon as we drew near the party started to break up, with individual boats breaking off the cluster and maneuvering to depart. We kept our headlamps liberally pointed in their direction to make our presence obvious. Again to our surprise, most of these boats appeared to be headed back to the same park we were (as it turned out, most were dropping off passengers at the city dock), and so we spent some time anxiously paralleling some large boats that were slowly motoring in, and we kept our lights on.

Another tidbit that was unique to night paddling, we discovered that in open water like this, even with a bright Moon it was very hard to see waves coming until they were right on top of you. Nothing awful, but some last-minute maneuvering was required to keep the bows into the waves when some of these powerboats would throttle up and create a big wake.

We made it back to our ramp without incident, and as it turned out one of the balloons was sitting in the water right next to our takeout. We noted that the muddy shoal was gone – the tide had come in enough to cover it completely, so quite possibly the balloon we found was the one we saw land on the shoal. Literally it was a piece of plastic the size of a garbage bag and a metal ring. So we were glad we got to do a little cleanup to boot.

It was a good, if surprising, night on the water with an unexpected show thrown in. We’ll have to try again next month, when the situation is a little quieter.

Additional tips on paddling at night. Per US Coast Guard regulations:
Rule 25, part d(ii) – A vessel under oars may exhibit the lights prescribed in this rule for sailing vessels, but if she does not, she shall ‹‹ exhibit an all around white light or ›› have ready at hand an electric torch or lighted lantern showing a white light which shall be exhibited in sufficient time to prevent collision.
Note that some states have additional regulations. Check local requirements before heading out.

And BTW, I apologize for lack of photos on this post, but it was dark, and we were on a moving platform (boat) the entire time. Excuses, excuses…

5 thoughts on “Paddling Under A Full Moon”