It topped 70 degF at home this weekend (in the mid-Atlantic).  Second week of January, and I’m in a T-shirt.  It’s not that this doesn’t ever happen.  Brief warm spells are a thing here – but we still haven’t really gotten cold.  The leaves are off the trees and it feels like April, with thunderstorms in the forecast.  We’ve had maybe two cold days since Thanksgiving, and that’s not enough.  The thermostat on the heater in the house is set to a lower temperature than it is outside.  Maybe it’s time to go back to air conditioning? 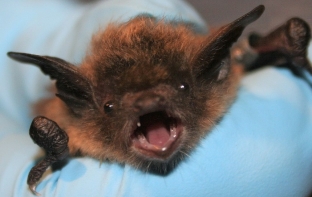 I heard spring peepers last night.  Not many, but a very few, soon to be very disappointed little frogs.  I also saw a little brown bat flying around at dusk, hunting for what I’m sure was very slim pickings.  Both of these animals are supposed to be in a deep torpor at this point, hibernating the winter away.  Instead they’re up, trying to figure out why things just aren’t right out there.

Last night, I woke up, unexpectedly after about an hour and a half of sleep, and then was inexplicably up for hours.  I don’t know why – perhaps solidarity with the bats that can’t hibernate.  They’re probably just as grumpy as I was…  let’s get to winter already!!