To Clean, or Not To Clean – Water in the Backcountry

A few months ago, an article published by Slate started to get a lot of attention, for suggesting that the practice of treating backcountry water sources against possible pathogens was built on myth.  No doubt it got the buzz Slate was looking for, but I pretty much ignored it at the time.  Recently though, I was pointed back to it, and asked for my opinion, so here it is.

The basic assertion that author Ehtan Linck makes in his article is that there is lack of significant evidence demonstrating that water safety in the backcountry is a problem to begin with.  He cites experience among those who just drink straight from the source (including the author, himself), plus an accumulation of records from various health departments and a very focused water sampling exercise, before debunking a decades-old report concluding water-contamination in Utah as really being the result of  cross-contamination resulting from poor hygiene on the part of the crew, and not originating in the water source.

While admitting lack of focused study on the subject, Slate points out that most health records point to contamination of municipal water supplies rather than backcountry.  This makes sense, not only because the number of people affected is likely significant, but also because these represent cases where people repeatedly consume what amounts to unfiltered water, thinking it’s clean. 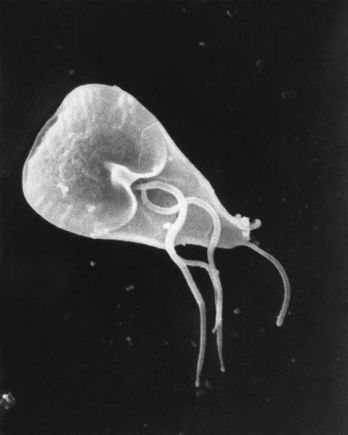 Linck also cites a 1993 study of individuals in a single area in the Sierra Nevada wherein only 5.7% of the sampled population tested positive for giardia lamblia, and none were symptomatic – however, what he fails to mention is that in this study, participants were “allowed to disinfect their water by any technique if so desired”, and that because of poor participation in the first attempt at the study, a second set of data was collected without requiring any pre-trip diagnostics on the participants.  This study also contains direct analysis of water samples in a single creek during a three-month period in the summer of 1988, and demonstrates that while the frequency of giardia cysts discovered in that source remained below the theoretical minimum for infection, the frequency still varied widely from sample to sample.  The authors of this 1993 study do NOT conclude that backcountry water sources are safe to drink without treatment – in fact they point out that several individuals DID test positive for giardia, and that the variability in their limited water sampling suggests that some periods, in some locations, may present a higher risk than others.  What they DO suggest, and Linck ultimately argues, is that giardia infection is not the ONLY health risk to backcountry travelers.  While we can agree that other sources of transmission are more prevalent, this does not mean that the risk of contaminated water can or should be ignored.

As I’ve said before, backcountry travel is as much about risk management as it is about personal skills, knowledge, and physical endurance.  On one point, the Slate article is absolutely correct – it is not clear whether many water sources contain dangerous protozoans and bacteria at all.  Not all sources are created equal.  I, too, have consumed “clean” spring water straight from the ground at high elevations where “there’s nothing above us here but God”.  I’ve also taken water from shallow ponds tinged with algae mats.  The latter may have been safe, and the former may have been contaminated – but when you’re 2 days’ walk from the nearest road, is it really worth tempting fate and compromising your health by drinking from an unknown source without some form of prevention?

Location is just one factor.  Timing is another.  Otherwise clean sources can be contaminated during periods of heavy rain and runoff.  I’ve also seen crystal clear mountain creeks, and then found dead animals lying in the water just upstream.  A temporary issue, I’m sure, but is that water safe?  Are you willing to bet on it?  Is this truly a case of “what you don’t know can’t hurt you”?

Slate suggests that much of the worry about water safety is generated by makers of expensive filtration and purification equipment.  While it’s true that these companies have something to gain from that message, clean water is not necessarily an expensive proposition.  Chemical tablets cost a few cents.  Boiling water is 100% effective, and takes no more than time and some fuel (in fact, I normally cook with untreated water, since the first step is usually boiling anyway). 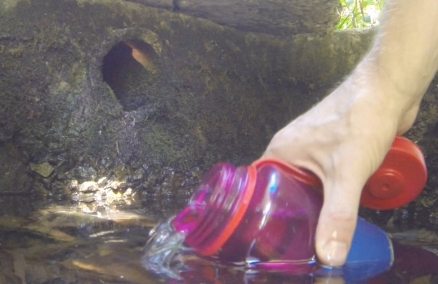 The Slate article, and the 1993 study, also point out another incontrovertible truth, that lack of personal hygiene in the backcountry is also responsible for significant occurrence of illness.  Counter to Slate’s argument, though, hygiene is a significant part of any quality backcountry education, and is often discussed in popular literature on the topic.  Cross-contamination between crew members, through mishandling of food, improper latrine practices, and other sources, are significant considerations, and as a result, clean camp behavior and setup are widely discussed.  Since prevention of this problem relies completely on personal behavior, and not a handy filter or other device (though the availability of anti-bacterial cleansers certainly helps), it may seem that it is ignored, but in my experience it is certainly not.  Regardless, though unclean humans may be a more prevalent problem than natural contamination of water sources, that doesn’t mean that water purification can be ignored.

All told, if I look at my typical year, I’m pulling water from a minimum of 50 different backcountry sources.  If only 5% were to be contaminated, I’d only be exposed 2.5 times if I just skipped the water treatment.  But given how miserable even ONE case of giardia can be, particularly if I contract it while I’m miles away from medical assistance, why would I want to take that risk?

In the end, water treatment is only one of the issues contributing to health in the backcountry, and it can’t replace proper hygiene.  But treating your water is cheap insurance.

4 thoughts on “To Clean, or Not To Clean – Water in the Backcountry”