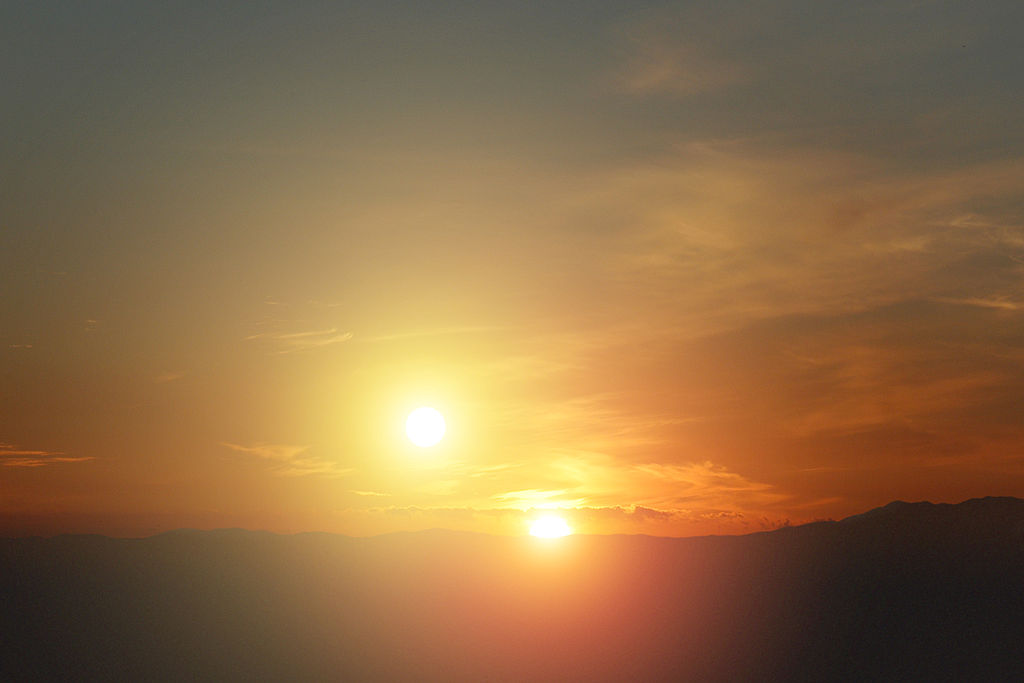 If you’re inclined to say “Bless You”, or “Gesundheit”, I thank you.  But this particular outburst comes from the name of a star.  Together with nearby Zubeneschamali, Zubenelgenubi form the “Claws of the Scorpion”, and mean, respectively, just that – these awesome and fun-to-say names are derived from the Arabic word, Zubana (Scorpion), and so Zubenelgenubi is the “South Claw of the Scorpion”, and Zubeneschamali is the North.  Can you guess what constellation they’re in?

WRONG!  (At least, I’m guessing you were wrong – if not, then congratulations!)  These two are the brightest stars in the constellation Libra, the Scales, which, continuing our 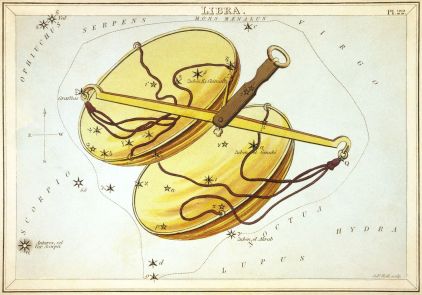 little trivia game here, is the only Zodiac constellation representing an inanimate object.  These very cool star names give you a pretty obvious hint about where Libra lies (about where Scorpius’s claws should be), but it was split into its own constellation long ago.  Some think the Greeks are responsible for the new designation, and aside from the Scales being the right size to form an even 12 Zodiac constellations, the asterism kinda looks like a balance scale – and it was also the location of the Sun during the Autumnal Equinox (when day and night were “balanced”, get it?), until about 730 AD when precession shifted the Sun into Virgo on the equinox.

Precession, or the Earth’s “wobble”, is also why the Tropic of Cancer (position of Sun on Summer Solstice in the north) and Tropic of Capricorn (Winter Solstice) got their names, even though the Sun is now in Gemini and Sagittarius during those events, respectively.

The reason I’m mentioning Zubenelgenubi is because it is extremely easy to find right now – it sits about halfway between Spica (in Virgo) and Antares (in Scorpio), but isn’t nearly as bright.  Right now, it’s also the brightest star in the vicinity of Jupiter, sitting just to the right (west) of it in the southern sky, as viewed from the Northern Hemisphere on these late spring evenings.  And you WANT to find it, with binoculars, or a small telescope, because it is not just one star, but two. 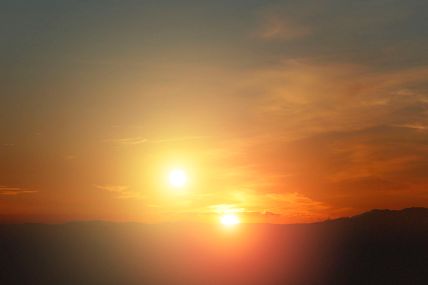 Zubenelgenubi is one of many, many binary star systems, where two stars orbit one another and cause Tatooine-like sunsets on any planets in their systems.  It is estimated that more than half of the Sun-like stars out there are actually binaries, that forming in pairs is a natural star behavior.  Zubenelgenubi I and Zubenelgenubi II are gravitationally bound together, orbiting approximately every 200,000 Earth years, at a distance of about 77 light years away and just under a tenth of a light year between them (5,400 AU).  That’s wide enough that low magnification is enough to reveal both stars.

Spectroscopic studies indicate that each of these two might also have a close-in companion – both stars wobble with a quick redshift/blueshift periodicity as they move toward, and then away from us, indicating that there may be FOUR stars here, two tightly-bound dumbbell-like pairs orbiting one another. 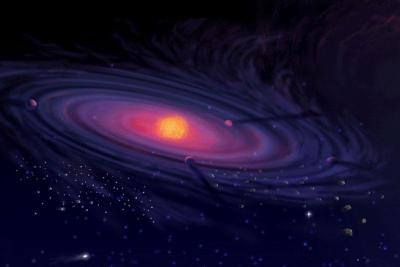 How does this happen?  Well, I’m sure you’re familiar with the images and concept of proto-planetary disk of dust and gas orbiting young stars.  It is surmised that, pretty often, that dust and gas coalesces into objects massive enough to become secondary stars, not just planets.  It’s as if, say, Jupiter, Saturn, Neptune, Uranus, and close to 100 other planets that size were to have collapsed TOGETHER during the formation of the solar system, and the resulting body ignited its own nuclear furnace, forming a small star orbiting the Sun.  There isn’t enough mass in our system to have done this, but events like it appear to be fairly common in the universe.

So while you’re outside and imagining the possibilities, here’s another easy double – Mizar and Alcor.  These two stars form the “kink” in the handle of the Big Dipper, itself an asterism in the larger constellation, Ursa Major, the Big Dipper.  Northern hemisphere viewers are very familiar with this asterism, as it circles the pole and is visible just about all year from mid latitudes on up.  The two stars are a naked-eye double, with Mizar forming the bright Dipper star and Alcor the fainter companion.  Many mythology stories reference these two, but one of the more common names given them is the “Horse and Rider”.

Mizar, as it turns out, is itself, a double.  And each of its doubles are also doubles.  Oh, and Alcor is a double too…  So this unassuming pair of myth and legend is actually an incredibly complex six-star system!

Also, if you draw a line straight from Mizar (the brighter) through Alcor (the dimmer), and continue until you hit a bright star in the northeast – that star is Vega, the “Summer Star”.  But we’ll talk about that later… 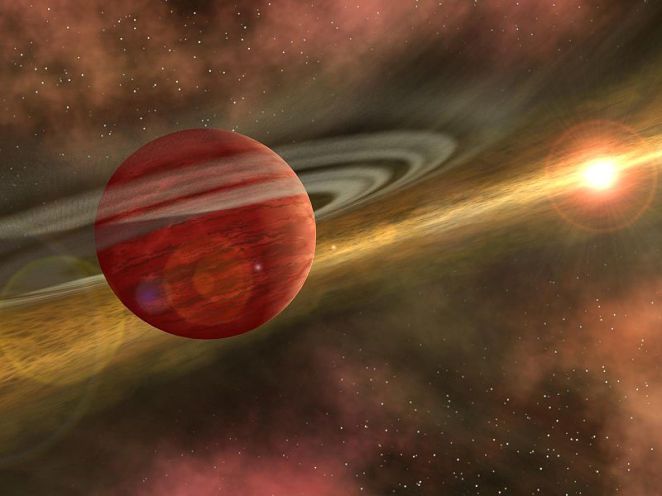 For now, go look at some binaries – they can be eye tests, they can be challenging targets for backyard astronomers to try and resolve the individual stars, or they can just be beautiful, interesting reminders that the universe is a complex place!