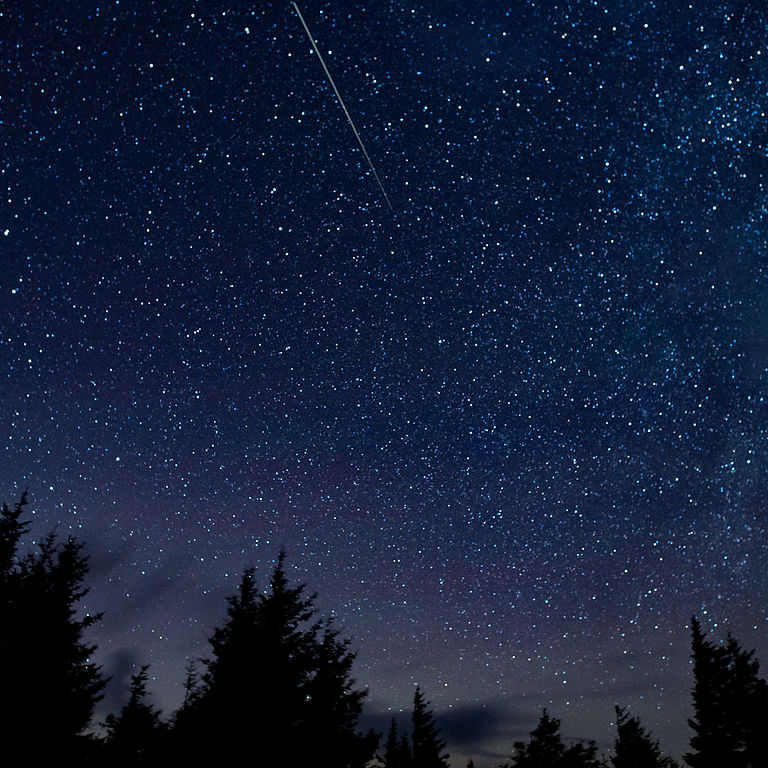 I was reminiscing yesterday, and realized that time spent as a kid, laying out in the street with my dad searching for meteors, was probably what got me interested in astronomy.  Seeing Saturn in a telescope definitely set the hook, but the bite came from meteor showers.

More than stargazing, the meteor search was, for me, an excuse to be outside.  Laying in the dark, you become aware of the peepers and tree frogs, the katydids, the owls, the way fog forms on a humid evening as the temperature drops.  It was also just a time to talk, to connect, to share philosophy and outlook on life.  It was quality time.  In this setting, the sky can be the primary focus, or it can be the backdrop – for me it has been both.

As I’ve written before, meteor showers happen at a place in space, not at a particular time, excepting that of course there will be a particular time when the Earth arrives at the right place.  The Lyrids will peak overnight between the 21st (Saturday), and the 22nd (Sunday), and conveniently after the near-first-quarter Moon has set and the skies get dark. 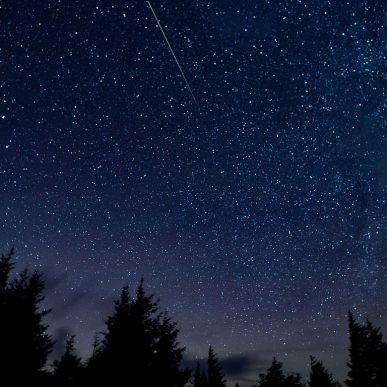 The origin of these showers is an orbiting river of dust and debris left behind a comet (in this case Comet Thatcher), in a location that intersects Earth’s orbit.  When we (the Earth) smash through this river, the particles streak through our atmosphere and burn, causing the shooting stars we see.  The river may be narrow or wide, dense or sparse, and made up of slightly different particles, both in size and composition.  These differences account for the variation in the showers we see.  The Lyrids aren’t a particularly dense shower – maybe 10-20 meteors per hour – but the encounter does seem to produce some particularly bright streaks.  (I’ve seen a few meteors, early stragglers, in the past three or four days, and they’v all been fairly impressive, including one “fireball” that broke apart into multiple pieces as it flew.)

Just like driving through a snow shower at night looks like the the Millennium Falcon making the jump to light speed, the meteors in a shower appear to originate from a point and radiate in all directions around us.  That point is the direction Earth is travelling at the time (with some geometry around location of the stream, tilt of our axis, etc), and so the best viewing isn’t until early morning – 2am or so.  (Again, oversimplifying the effect of axial tilt and time of year, if you are standing on the equator, the Earth is travelling what to you is “straight up” into the sky at dawn, and “straight down” into the Earth at sunset – so the origin of a shower isn’t visible til midnight or so).

As with all things, understanding what’s going on only increases the appreciation and the enjoyment.  This weekend, grab a friend and a blanket, find a nice open space away from lights, and enjoy.  While you’re at it, pay attention to the other things nature is up to at night, and take the opportunity to learn about each other as well!